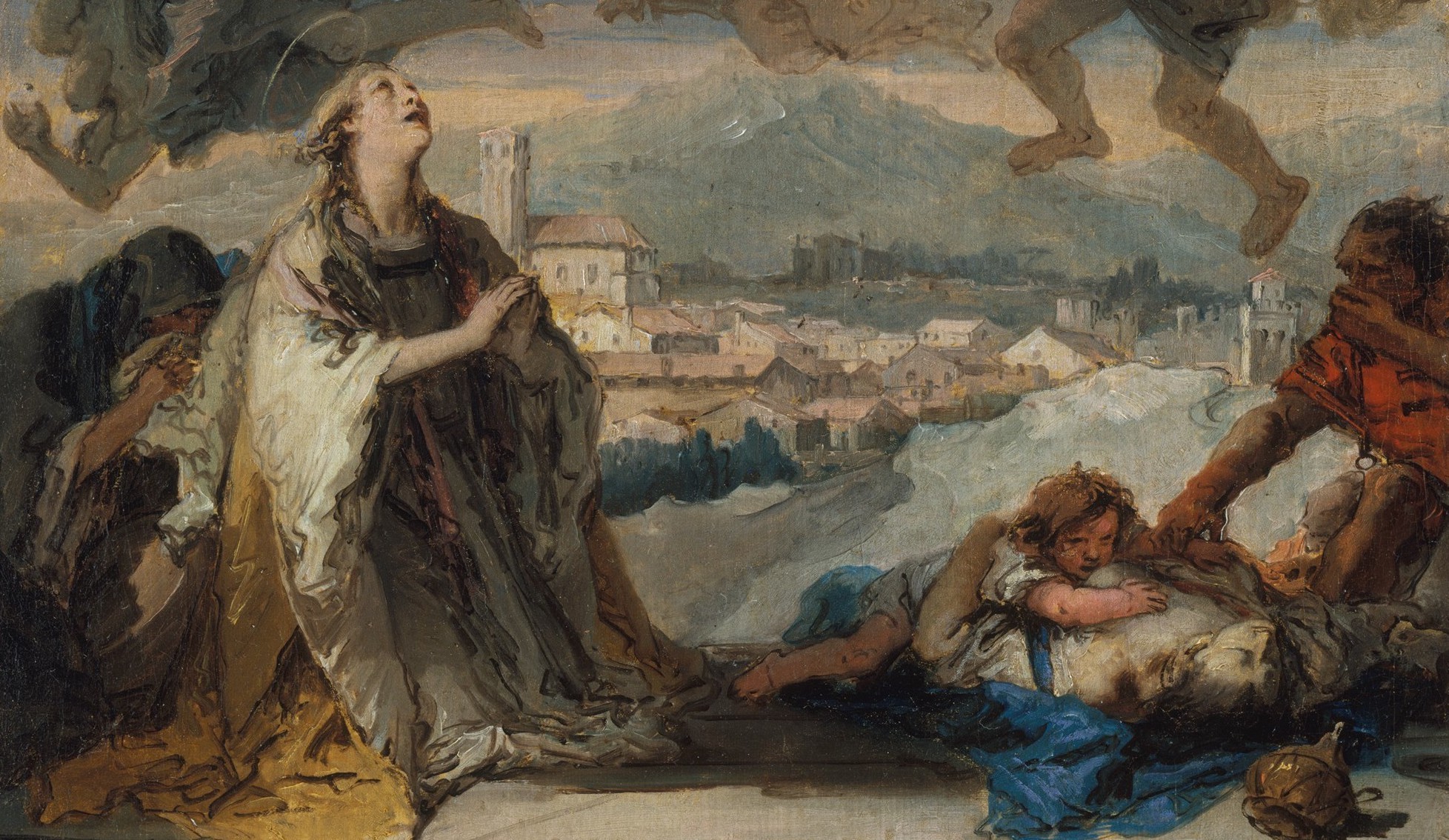 Saint Thecla is thought to have come from Iconium. She was said to have received Baptism from Saint Paul the Apostle during his first journey through Asia Minor (45-49 AD). She made a vow of chastity and remained unmarried. She accompanied Saint Paul on his travels, ministering to him. She supposedly lived a long life, well into her eighties, of which she spent a significant amount as a hermit.

The Order of St Paul the First Hermit celebrates her memorial on the 24th of September, following the tradition in the Eastern Rites and the date given in the Acts of Paul and Thecla. She used to be celebrated on the 23rd of September in the Roman Catholic Church before her feast day was suppressed.

Acts of Paul and Thecla

What we know of the life of St. Thecla comes from the Acts of Paul and Thecla. However, this work might not be historically accurate. M.R. James suggests that it was based on the story of a real martyr of the same name. Otherwise, it is hard to account for the popularity of Thecla that spread through both the Westen and Eastern churches.

When we first meet her, Thecla lives in Iconium and is betrothed to Thamyris. She first hears Paul speaking as she sits outside the house of Onesiphorus. She is drawn to his words as he talks about virginity and prayer. So captivated is she that she stays listening to Paul for three days. This causes both her mother and Thamyris to ask her to come away. She refused.

Thamyris is angry at Paul for his teaching, which is causing Thecla to no longer want to marry him. So he goes to the governor to condemn Paul for spreading this new teaching of the Christians. The governor responds by having Paul thrown into prison. Thecla, in response, manages to get into the prison by night by bribing the gatekeeper and jailor. There she can continue to listen to Paul’s teaching.

Once Thamyris finds her, she is dragged along with Paul before the governor. First, he has Paul scourged and thrown out of the city. Then, on her mother’s suggestion, who is furious that she now refuses to marry the wealthy Thamyris, Thecla is condemned to be burned to death. When the execution starts, and the fire is lit at first, it does not touch her and then a miraculous storm puts it out so that Thecla can escape and find Paul. Having found Paul, she travels with him to Antioch.

In Antioch, she attracts the attention of a Syrian named Alexandar, who tries to force himself upon her. When she fights him off, tearing his cloak in the process, he has her dragged before the governor to accuse her of assault. For this, she is condemned to the wild beasts. Despite multiple attempts to have the wild beasts kill her, nothing succeeds. Indeed on lioness attempts to protect Thecla. The governor eventually orders that she be set free, and she goes seeking Paul. She finds him again in Myra of Lycia.

After parting with Paul, she returns to Iconium, where she finds that Thamyris is dead. She then departs to Seleucia, where she lives as a hermit in a cave for seventy-two years, living on herbs and water. During this time, another attempt was made against her. She escaped when God opened a new passage in the cave and closed it behind her. It is then recorded that she died at age ninety. She had spent her first eighteen years living at Iconium and the last seventy-two in the wilderness as a hermit.

The Church dedicated the Black Madonna

Our Lady Help of Christians

The chapel dedicated to Our Lady Help of Christians

Blessings at the Fatima Grotto

Stations of the Cross

View of the Stations of the Cross

The Pauline Fathers outside their Monastery

Marian Valley – Shrine of Our Lady Help of Christians is about 10km from Canungra and south of Brisbane in the Gold Coast Hinterland.  It was founded by the Pauline Fathers in 1995.  Its main chapel is dedicated to the Black Madonna and has many other smaller chapels built by pilgrims of the Shrine.  Marian Valley also has a retreat center where pilgrims can come and stay.

The Shrine Church full of Pilgrims

Procession to the Grotto

The Fathers and Brothers leading a procession the Grotto

Some of the International Shrines built at the Monastery

At Penrose Park in the Southern Highlands of NSW, there is a shrine dedicated to our Lady of Mercy, represented by a replica of the Icon of Our Lady of Jasna Góra, known as the Black Madonna.  The Shrine is run by the Order of St. Paul the First Hermit known as the Pauline Fathers.  The Pauline Fathers have been custodians of the original Icon of the Black Madonna since 1382.